Leading the Way in Blueberry Production 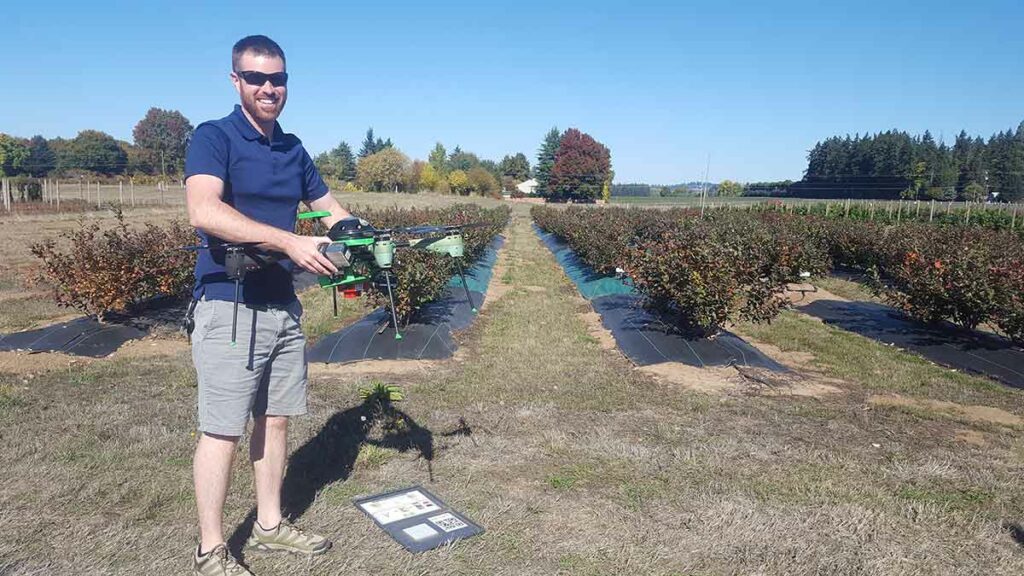 They found that using a fabric ground cover, called weed mat, is the most economical option for weed control, but it increases irrigation requirements and rodent activity. “After two years of growth and one harvest season, we found that adding a layer of sawdust underneath black weed mat resulted in larger bushes and 30% higher fruit yield over using black weed mat alone,” said Amanda Vance, NWREC Researcher.  Plants with only sawdust mulch had among the largest canopy size, but had relatively low yield.

While it is more expensive to use both sawdust and weed mat at the time of planting, NWREC research shows that increased yield and fruit sales may offset that cost. Early indications are that adding the sawdust layer may reduce the presence of rodents and irrigation requirements compared to weed mat alone.

In collaboration with the US Department of Agriculture, research continues to determine the most economical blueberry establishment method for growers.