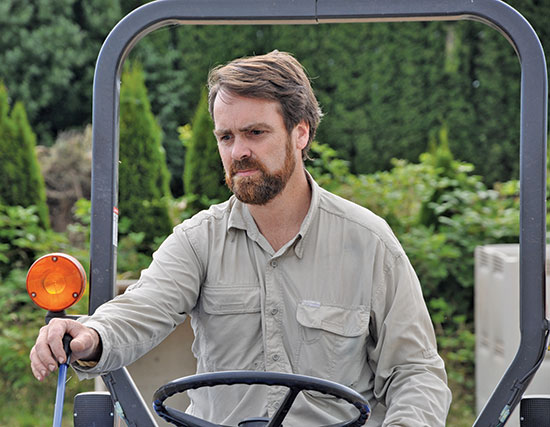 Nick Andrews, the Metro Small Farms Extension Agent at NWREC, is part of a new Organic Extension program at OSU.

In an effort to increase the growth of this industry, the profitability of Oregon’s Organic farms, and the stewardship of natural resources, Oregon Tilth, Friends of Family Farmers, Oregon Organic Coalition, Organic Valley and local organic farmers advocated for increased funding during the 2019 Legislative Session to create a new Organic Extension program at OSU. With the support of House Speaker, Tina Kotek, and other Legislators, state OSU funding was increased so OSU could hire two Organic Extension specialists. Nick Andrews, the Metro Small Farms Extension Agent at NWREC, was appointed to the Organic Vegetable position this past January. in addition, OSU will be hiring a new faculty member to work with Organic Pastures and Forages by mid-year. Both positions will be housed off-campus in western Oregon, but include some statewide outreach responsibilities.