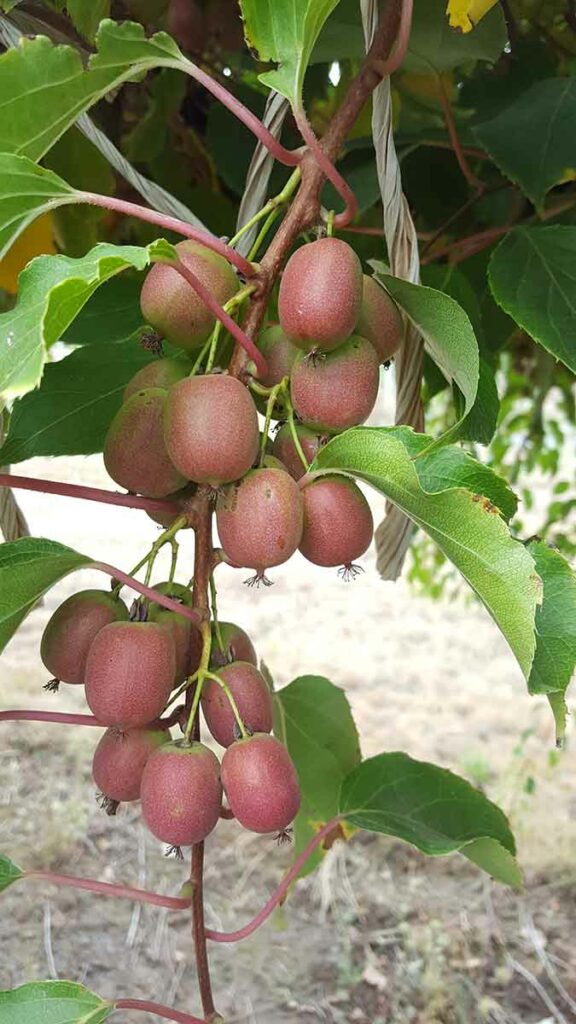 Ananasnaya is the most commonly grown variety of kiwiberry. It has a red blush when ripe.

Most people know about the classic fuzzy brown kiwifruit, but there’s another kind of kiwi grown in Oregon called the kiwiberry (also known as hardy or baby kiwi). Kiwiberries are a delicious, healthy treat, the size of a large grape with a smooth, edible skin. On the inside they look just like a miniature kiwi. Dr. Bernadine Strik has been a world leader in kiwiberry research at NWREC since 1990, covering topics including variety selection, pruning, plant nutrition, and harvest timing, while training multiple graduate students. Kiwiberries have separate male and female vines. One male vine can pollinate eight female vines, each of which can produce around 100 pounds of fruit.

Kiwiberries are grown on a relatively small scale in Oregon, but are a high-value crop that is gaining in popularity. Typically harvested in early to mid-September, they vine ripen after many berry crops have finished their season.  Look for Growing Kiwifruit in the OSU Extension Catalog for more information.