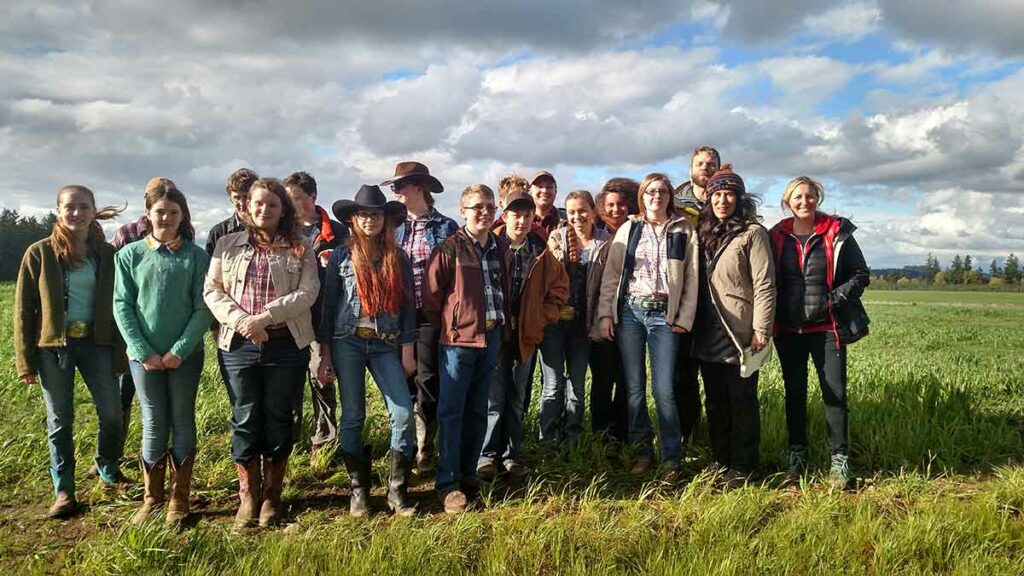 Clackamas County 4-H members enjoyed a bit of celebrity status after the release of the Portland-based move, Leave No Trace. Many locals may remember the story of an army vet and his 13-year-old daughter, found in 2004 living a mysterious existence in Forest Park, rarely making contact with the outside world.

Part of the journey involves the daughter attending a 4-H Rabbit Club meeting as she explores her new world. The activity depicted in the scene, Rabbit Showmanship, is a real thing that 4-Hers do with their animals, according to Wendy Hein, Clackamas Extension faculty, 4-H Youth Development.  “They handle the rabbits and check them for signs of good health just as the movie shows,” said Hein.  The 4-H scene was shot in a barn in Oregon City, where 14 Clackamas County 4-H members and one adult volunteer participated in a full day shoot with their rabbits.

The 4-H members that appeared in the film were invited to a special cast and crew screening held in Portland in June before the movie debut. Leave No Trace is now available online through several video streaming services.